The 2023 Lexus LM Minivan is a new project by the Japanese carmaker. We expect to see a pickup truck as well. However, official news about the van came out first. But, don’t be happy too soon – the new LM 350 will be offered in a few Asian markets first. The minivan is coming to Europe and the US later, we believe.

There are a few notable things about the 2023 Lexus LM minivan. First, this is the new segment. Lexus is building luxury vehicles. Minivans are more utility-oriented. Like with some SUVs, the company is trying to close the gap between those two worlds. We’ll see how the LM 350 is going to be accepted.

We know that minivan is going to offer seven seats. A cargo van was not mentioned, but the standard configuration will offer a four-seat layout with extra space for luggage. Compared to the large SUVs, the van is bigger. Actually, it will be the largest Lexus vehicle in production.

The bad thing – this concept is getting old. The premiere happened in 2019. But, when the van was supposed to come out, the COVID outbreak spoiled plans. Now, when the situation is calming down, we believe the company will start building the LM minivan. 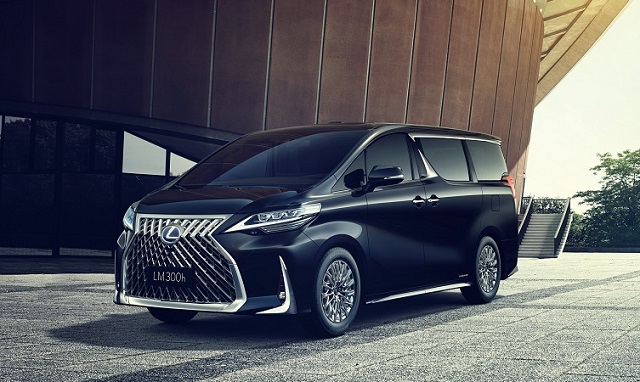 The 2023 Lexus LM minivan is going to offer some advanced technologies. But, first of all, let’s see why it is happening. In Asia, the minivan market is growing. More politicians and influential people are using those vehicles because of the easy entry and exit. Plus, the interior is very comfortable, mostly thanks to the extra space. The highlight of the concept vehicle was a huge display. The minivan is also offering a refrigerator. Massage seats will be available at higher trim levels.

The base layout is using seven seating spots. But, the LM 350 van is also coming in the four-seat setup. Rear chairs are called “throne-style”. At the debut, bosses mentioned that minivan is going to be available in just two colors – black and white. Well, after a couple of years, the palette should be expanded. We also expect to see different themes for the interior and upscale materials for higher trim levels. 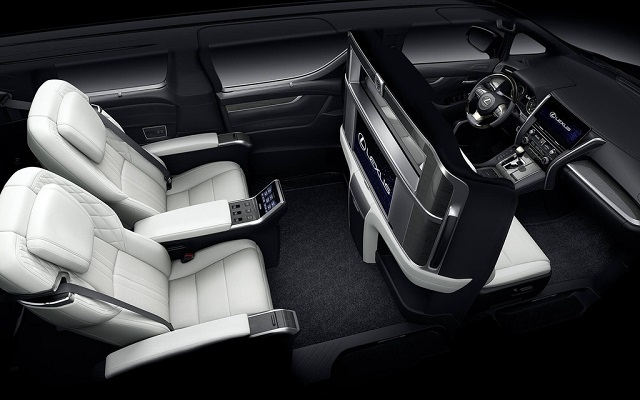 The premiere of the new vehicle happened before the big changes in the family. Lexus updated most of the SUV lineup, and not only that LX, GX, RX and others are coming out with a fresh look, but also with new powertrains. Well, even before that, the company didn’t unveil what will be under the hood of the LM 350 van. So, it leaves a lot of room for speculation. Since the luxury minivan is not going to be driver-oriented, but passenger-wise, high-end engines are not necessary. On the other hand, luxury is not all about features, but also drivetrains.

The 2023 Lexus LM minivan is larger than all SUVs the company is producing. So, it needs a lot of power. To get that, a V6 or a V8 should be sources. Unfortunately, a good-old 5.7-liter eight-cylinder unit is being discontinued. But, a twin-turbo 3.4-liter mill is a good replacement. Some experts also call it 3.5-l, since the precise displacement is 3,445 cc. With it, the LM 350 minivan can count on 380 hp. Another option is a reliable 3.5-l V6 with 290 ponies. Since the van is coming to Asia, a diesel unit is also one of the possibilities.

Lexus and Toyota are the leaders in this segment. Their vehicles with hybrid setups are dominating the market. First, the power of the standard configuration is increased. But, the main focus is on fuel economy. Thanks to electric support, Rav4 is one of the most efficient crossovers, and Highlander is way ahead of the competition with 35 mpg in the USA. So, the company could deliver some fuel-friendly options, which are also pretty potent and ready to cruise both in urban areas and on the highways. 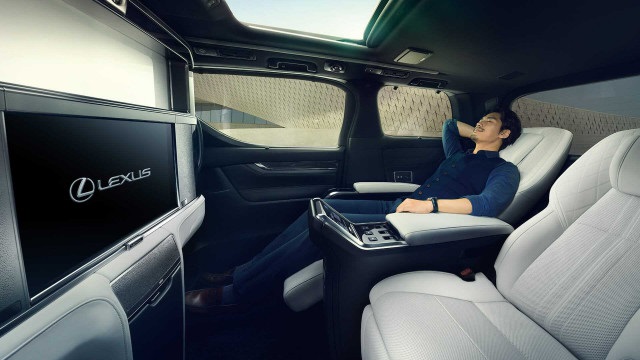 Time’s changed. Back in 2019, when the vehicle was having a debut at the Shanghai car show, the plan was to deliver the luxury van to China and a few other Asian markets. The company probably wanted to check the first impressions before hitting the main stage – the United States. Now, a lot of time is wasted, fans in the US know about the vehicle, and Lexus could probably deliver it worldwide at the same time.

As a luxury vehicle, the price will be significantly higher than for the standard minivans – Toyota Sienna, Dodge Grand Caravan, Kia Sedona. Having in mind all the upgrades, the price tag of around $50,000 would be reasonable. Also, the question is – will there be a cargo van version? Probably not, since the luxury vehicle is not there to work a lot. The focus is on passengers.