Another SUV is coming our way, everyone get ready for a brand new 2023 Lexus NX Hybrid. There was a complete do-over of the NX model last year. This probably means that the 2023 year model will be a carryover one. So not a lot of changes are expected. But mostly some small quality-of-life improvements. This means that we might see changes and tweaks on the inside of the cabin. Some better materials and better setup so there is more space. No one likes to feel cramped while driving. Lexus is synonymous with luxury and style. But other manufacturers have upped their game. This puts some pressure on Lexus to stay the top dog in this category.

The SUVs are not workhorses, they are everyday vehicles and demand a certain amount of clever design. On the outside, there probably won’t be any changes. The powertrain is also likely to stay the same. There is of course the question of a fully electric version. We still haven’t received any official news, but most manufacturers are racing to go green as soon as possible. It would be in Lexus’s best interest to do the same, in order to not get left behind. Let’s see in better detail what can we expect from the fresh Lexus NX. 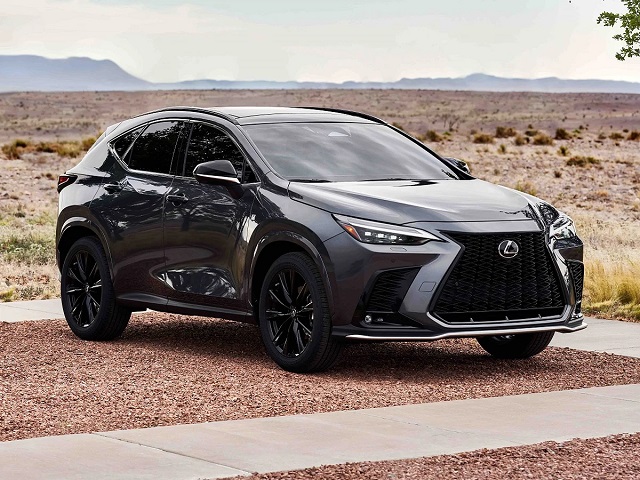 As far as the powertrain is concerned, there are some improvements and we can clearly see the direction where NX is headed. There are several engines on offer for the upcoming 2023 Lexus NX Hybrid. First up we have a 2.4-liter turbo that is used on the NX 350. It is paired with eight-speed automatic transmission and produces 275 horsepower and 320 pound-feet of torque. It can achieve 60 mph in just 6.6 seconds.

We also have a Lexus NX 350h which gives us the best from the worlds of power and fuel economy. It uses the Lexus Hybrid Drive system that combines a D4-S fuel injection 2.5-liter, 4-cylinder gasoline-powered engine with two electric drive motor generators. This results in better acceleration and more power. With all-wheel drive, the electric motors better transfer the power to the axles. It is faster than the previous Hybrid version. 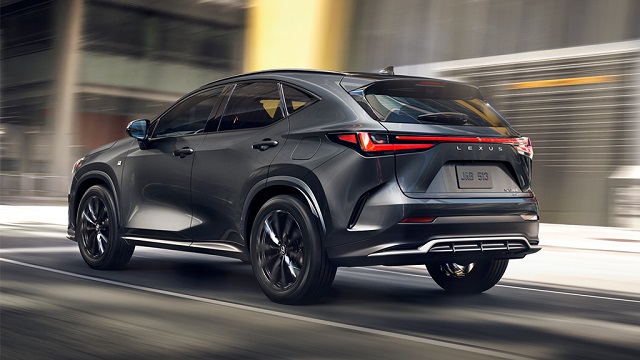 The 2023 Lexus NX Hybrid is a full 1.5 seconds faster than the last year’s hybrid. It can produce 240 horsepower, which is a lot considering this is an SUV. There is also an NX 450h+ that also uses the hybrid system. It has a 2.5-liter inline 4-cylinder engine that has high output. The electric part of the system alone can match the 2.0-liter engine performance. It achieves 60mph in just 6 seconds. Fast charging and regenerative capabilities are present as well. It can use 240V to charge and needs about two and a half hours to full battery.

A fully electric version isn’t yet available, so perhaps the next generation will introduce this type of NX model. A battery pack doesn’t even have to be huge, 100 kWh should do the trick since the SUV isn’t that heavy. This would match the performance of the current engine lineup and give it an amazing range. There might need to be a new platform introduced to accommodate all the electrical components for that type of powertrain.

The mileage will heavily depend on the powertrain you choose. The 2023 Lexus NX Hybrid has several engines on offer. The NX 350 gets around 25 mpg combined driving while NX 250 gets 28. The hybrid NX 350h gets 39 mpg of combined driving. The NX 450h+ has a range of 36 miles on electric motors only. 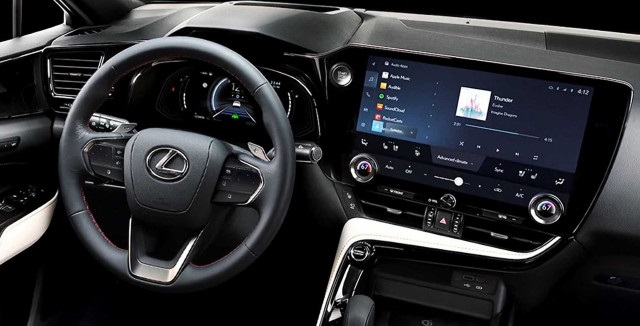 The interior of the fresh 2023 Lexus NX Hybrid is still looking gorgeous. There have been improvements to the seating arrangements. New cushioning and better lumbar support. At this price tag, we might expect to see massaging features along with heating and ventilating seats. There is a huge infotainment system with great connectivity. A lot of new safety features are present. You have your automatic brakes, front collision alert, lane departure alert, and such. There are also a lot of sensors to make parking seem like a breeze. But still no confirmation of hands-free driving. This is strange since this is generating a lot of hype as it is state-of-the-art technology. By using hands-free driving, the computer takes the wheel and takes you down pre-mapped interstate roads while you can relax. Lexus is a big company that could and should develop a system of its own.

The outside is nothing less spectacular when talking about the 2023 Lexus NX Hybrid. It resides on huge 20-inch lightweight rims. We have a panorama sunroof, which will make long rides that much more enjoyable. Taillights are thin and there is a blade-looking LED that goes from left to right. The body design is ergonomic and aerodynamic. This greatly helps with handling and fuel economy.

The new 2023 Lexus NX Hybrid will arrive at the beginning of 2023. Perhaps we can hope for the fall of 2022. But slim chances of that happening. Starting price is estimated at $39000 which is a good bang for your buck considering what you get in this luxurious SUV.