The 2023 Toyota Corolla Altis Hybrid came out without major changes. This sedan also comes in the hatchback variant and its major advantage over all other similar cars is the exceptional fuel economy. There are no too many markets where the Altis is available, but it is basically the same as the standard Corolla. Minor modifications of the front fascia make the difference. You will hardly spot that Altis is slightly larger and wider.

Anyway, the 2023 Corolla Altis Hybrid is only one of the options for the drivetrain. There are also other engines under the hood of the car. But, the hybrid is the most efficient. Toyota installed a 1.8-liter petrol engine and mated it to electric batteries and a CVT gearbox. The result is 53 mpg as the main highlight from the specs sheet. The Corolla Altis Hybrid also comes in a few grades, so it makes the choice for buyers even harder. 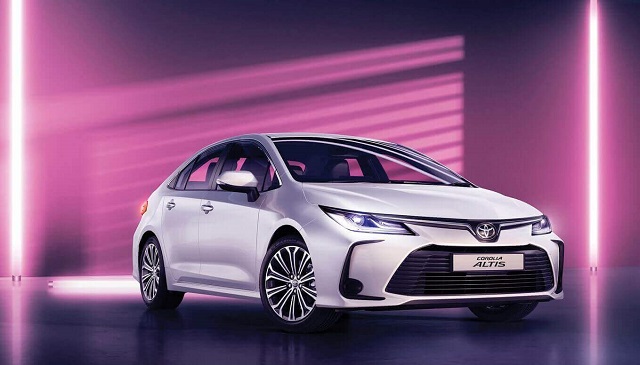 The 2023 Toyota Corolla Altis Hybrid will take the same configuration as the standard sedan. That means a 1.8-liter mill with electric batteries and the eCVT transmission. Converted to power and range – that should be about 140 hp and at least 53 mpg. The new generation of continuously variable transmission with electric support makes the difference.

Also, the Altis Hybrid is about to get an upgrade. That is a 2.0-liter engine with batteries. According to rumors, such a configuration will deliver around 200 hp and sprint 0-60 mph in 7-7.5 sec. The new configuration also makes the sedan more fun to drive. With extra power, you can expect a punchier acceleration. 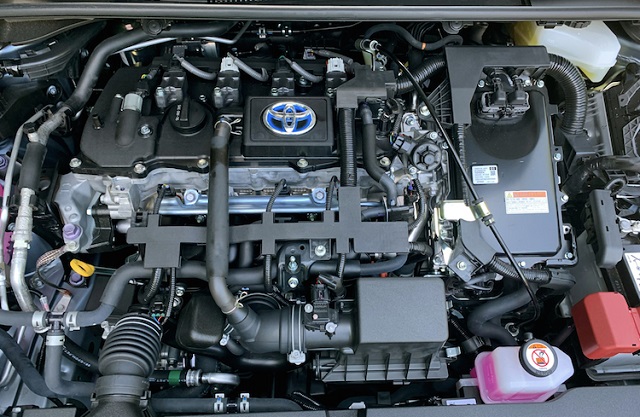 We still expect the launch of the model with a 2.0-liter engine. A 1.8-liter configuration is still available in the same versions as before. The company updated some options, but it all depends on where you buy the 2023 Toyota Corolla Altis Hybrid.

Highlights of the exterior styling are the things that make the Altis different from the rest of the lineup. Those are mesh grille and foglight bezels. A 10.5-inch display is the center of the infotainment system, while the instrumental cluster is even bigger. 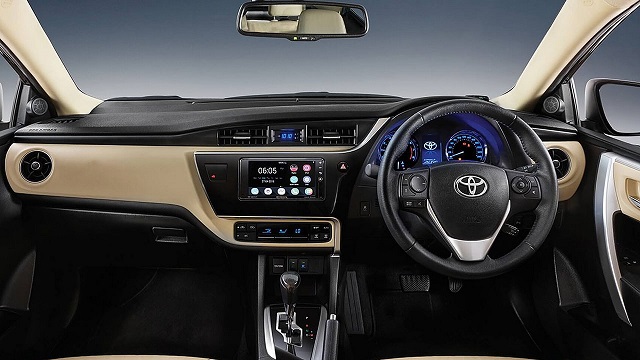 You can also purchase the 2023  Corolla Altis Hybrid in the GR version at certain markets. The lineup of vehicles with this upgrade is growing, so it is not a surprise why the Altis is offering the GR package. Well, it can be removed from the model with a 1.8-l engine when the 2.0 mill shows up. The GR grade brings unique exterior details, such as wheels. Also inside, the package comes with leather upholstery and parking sensors. Plenty of other equipment is also there. It is easier to mention what’s missing. For example, you can add a sunroof, roof rails, active park assist, HUD, or power liftgate.

Since the 2023 Toyota Corolla Altis Hybrid is the model for the Pacific Asian market, its rivals will be Hyundai Verna, Suzuki Ciaz and Honda Civic (hatchback and sedan versions). We can hear speculations that the Altis is coming to Europe as well. But, since it is basically a rebadged Corolla, we don’t know where it will be slotted.