After the Sequoia, there is only the 2024 Toyota 4Runner left to be updated. Expectations are huge, both from the public and fans. Besides the redesign, the 4Runner is also about to get a new drivetrain. Nevertheless, details are pretty limited, so experts are mostly comparing the new SUV with novelties Toyota is launching every day. However, this is a unique model, designed for an off-road driving at first place. The 4Runner has one of the hardest tasks in the automotive world – to compete against Jeep Wrangler and Ford Bronco.

Further rumors point us to think about some radical moves. The sixth generation of the SUV will definitely bring big updates. But, hybrid or an electric battery would be a surprise. The 2024 Toyota 4Runner should an example of aggressive design, stunning performance and innovative interior. So, an EV somehow checks all these boxes. Also, there is the TRD lineup with the TRD Pro model as one of the best off-road SUVs out there. 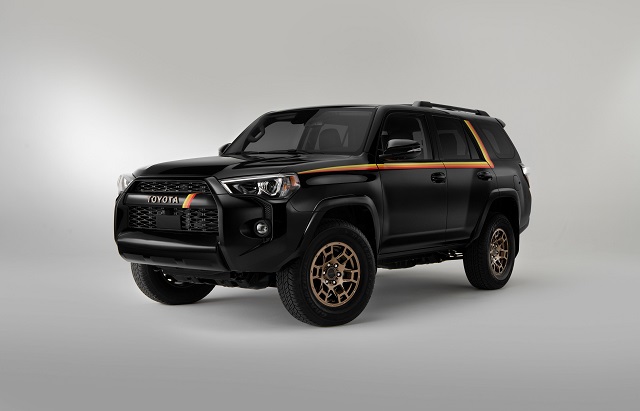 The SUV still looks bold, but fans got used to it in the past decade. It is time for something new and fresh, even for the 2024 Toyota 4Runner whose fans are more interested in performances. The truck-based SUV is one of the rare such models in the mid-size class. Most SUVs that use ladder frames are full-size. It improves durability, but the handling is not too sporty. Nevermind. You won’t notice that in mud, snow, or sand.

The redesign will be inspired by the new Land Cruiser. The company discontinued it in the US, so it leaves designers a layout to start with when building the new 4Runner. The sixth generation of the SUV is expected since 2018 or 2019. Toyota was not in the rush. But now, it is time for a redesign and totally new face.

Not only the look of the 2024 Toyota 4Runner is about to change, but also the powertrain room. A big V6 is under the hood, but it seems like – not for too long. Fans are worried if the new unit can replace everything the current system can offer. It is one of the reasons why the 4Runner was a favorite among off-road drivers. A 4.0-liter mill can produce enough power and torque for any kind of terrain. But also, the 4Runner became one of the thirstiest SUVs in the market with only 17 mpg combined (and this number drops depending on the weather and terrain conditions).

So, it is definitely time for a change and the Japanese company already started the evolution in other segments. Instead of a V8 for Lexus LX and Toyota Tundra, now we have a turbocharged V6. Also, some other vehicles that used V6 mills are now deploying turbocharged engines with four cylinders. This is a very likely scenario for the 2024 Toyota 4Runner as well. Instead of a 4.0-liter mill, a smaller displacement will be under the bonnet. The key is to keep the capabilities but at a cheaper fuel cost. If engineers manage to do that, the SUV is going to be more competitive. 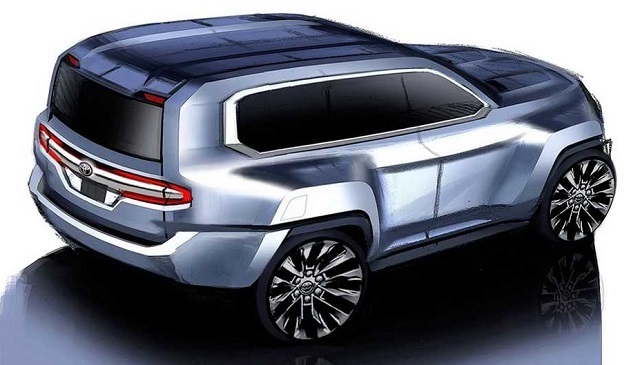 Not only that the base version is about to change, but also the entire lineup. As the fan’s favorite off-road vehicle, we can’t wait to see what does the new 2024 Toyota 4Runner TRD Pro is about to improve. The current edition debuted in 2015 and ever since there were only small updates. The package increases the ground clearance, thanks to the special suspension setup. Also, limited-slip differential, unique shocks, and skid plates are installed. The TRD Pro version also uses a special grille and bumper. All in all, this edition is more capable of driving in tough situations, plus, it adds a few styling tweaks.

There are many other SUVs that can be used off the road, but the real competition to the 2024 Toyota 4Runner are Jeep Wrangler and Ford Bronco – four-door versions. The SUVs coming from the US companies are also available in a two-door layout, while Toyota is not producing such a 4Runner.

Another reason why many believe that a V6 is going to be replaced with a turbo-four is the competition that uses those configurations. Well, Wrangler is more popular with a V6, but a 2.0-liter four-banger is delivering a similar impression. On the other hand, Ford sticks to its 2.3-liter EcoBoost engine. No wonder, since it can produce 300+ hp. 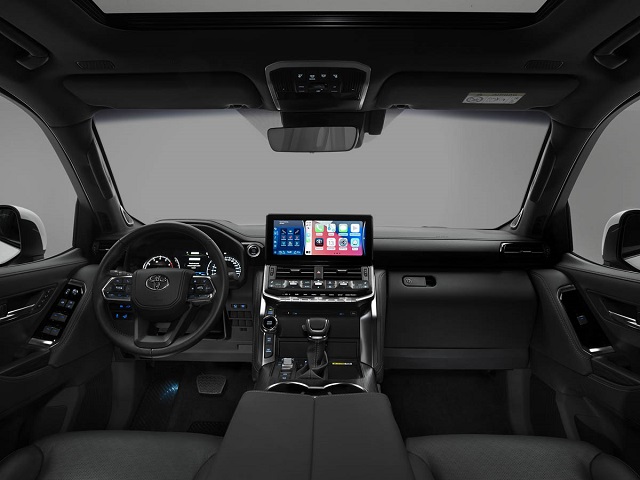 When Will All-New 2024 Toyota 4Runner TRD Pro Be Available?

We all expect the official statement by the Japanese company. The redesign is no longer optional, with an aging styling. Not only that but also performance and safety are suffering. So, to stay competitive, the 2024 Toyota 4Runner will be all-new. The carmaker is just waiting for the right moment to announce it. Meanwhile, the first test mules were apparently spotted, but there are no spy photos to give us proof.