Corolla is one of the cars that surprises us every time. Although crossovers and SUVs are taking over the market, this vehicle exists thanks to its practicality and versatility. The 2024 Toyota Corolla won’t be just a sedan, but also a hatchback, hybrid and crossover. With so many options, there is no wonder why fans love it so much.

This is the twelfth generation of Corolla. It’s always 4-6 years between two major updates, and the 2024 Toyota Corolla will be on the end of that period. But, have in mind that the COVID outbreak almost stopped the automotive industry. So, we can add another season to the countdown list. Anyway, after the 2024 YM, the all-new Corolla might be out.

The new platform introduced in 2018 allowed engineers to make several versions. The base form is a sedan. Then comes a hatchback. Of course, the 2024 Corolla hybrid is an important member of the lineup. And finally, the company introduced the crossover version. It is slightly larger than the C-HR, but significantly smaller than the flagship Rav4 crossover. 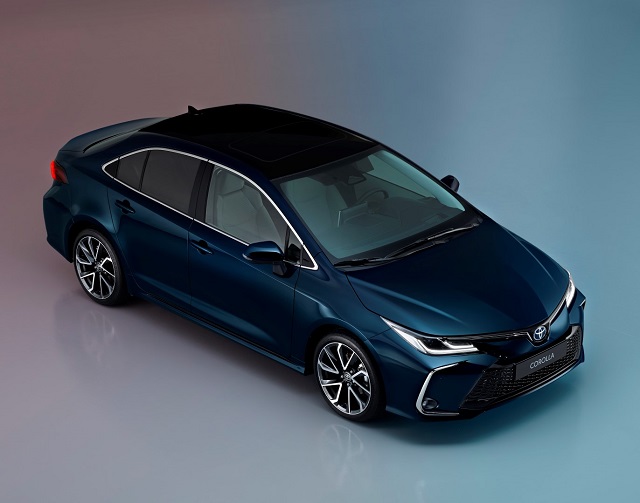 Under the hood of the standard 2024 Toyota Corolla will be a 2.0-liter 4-cylinder engine. A CVT sends power to front wheels. There are no alternatives for the transmission and drive type. A 1.8-liter engine is not coming back. The bigger unit improves outputs to 169 hp and 151 lb-ft. The gas mileage is not bad, sitting at 31/40 mpg. The same numbers are there for the hatchback version.

The company revisited the hybrid system for the 2023 YM, but it is not out yet with full specs numbers. We know that setup keeps a 1.8-liter engine as the main source of power. The new configuration features more powerful hybrid support that reflects on the overall performance. The system will definitely beat 120 hp coming from its predecessor. Meanwhile, the gas mileage was already impressive at 53/52 mpg. The new 2024 Toyota Corolla Hybrid might hit 55 mpg with all those improvements. Fans are asking about the Prime PHEV configuration, but it doesn’t seem to be available for the compact car. 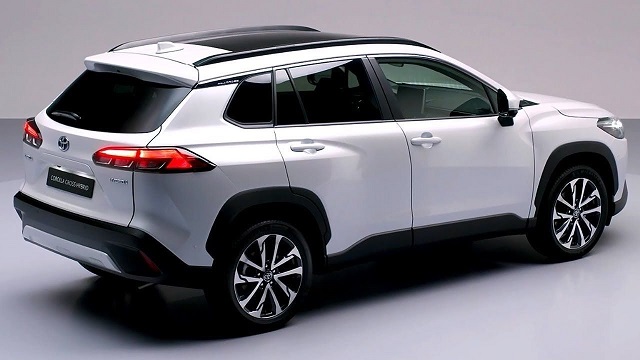 The crossover version of the sedan is the newest upgrade of the lineup. But, this model doesn’t bring some radical changes under the hood. The only add-on compared to the standard version is availability of the AWD. Power outputs are the same. Also, the 2024 Toyota Corolla Cross consumes more fuel and returns 31/33 mpg. The crossover is available in L, LE and XLE packages. Well, the base version is less expensive than the C-HR. Still, taking both vehicles with the same trim level, XLE, shows the Corolla Cross is a bigger model.

HOT RUMORS: Is Toyota bringing back the FJ Cruiser in 2023?

Most options in the 2024 Toyota Corolla lineup will come with the standard sedan body. We’ll go through all the trim levels and mention which of them are available for hatchback, hybrid and crossover.

It all starts with the L package. It won’t be so impressive. Cloth seats, a 7-inch infotainment display and 15-inch wheels are really a basic offer. The LE improves the image with notable upgrades. This is also the entry-level for the crossover, with small modifications. Also, the hybrid setup is available only with this package. The LE brings 16-inch wheels, LED headlights, a blind-spot monitoring system, a sunroof, and simulated leather seats. For example, on the hybrid, the wheels are 15-inchers, but there is a larger touchscreen inside. The crossover uses larger rims, heated mirrors, and a wireless charging pad.

The next one is the SE package. Sedan shares it with the hatchback. Highlights are different drive types, sportier accents, and larger wheels. The hatchback’s SE is a different model, with fabric seats, manual seat adjustment, and Amazon Alexa. Nightshade package is available on both versions of the 2024 Toyota Corolla.

The XLE is the top of the range version of the Corolla Cross, while the hatchback and sedan share the XSE. Heated seats, fog lights, zonal climate control, premium audio, and rear automatic brakes are just some of the upgrades the XLE is bringing. On the other hand, the XSE combines the SE and XLE for the best package in the lineup. 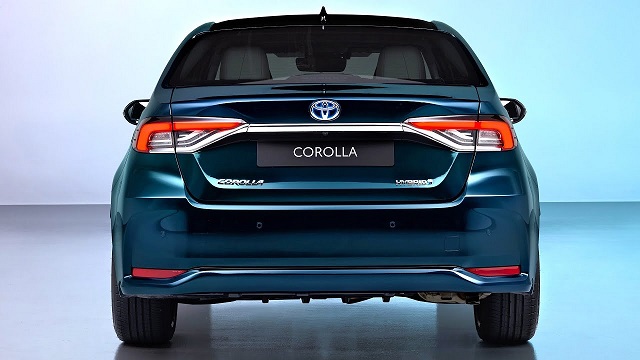 With so many options, the price of the 2024 Toyota Corolla can vary. But, the cheapest offer is for the sedan with the L trim level. You can buy this one for under $23,000. The hatchback and the next trim are the below-$1,000 upgrades. The Cross version needs more investments. Hybrid configuration starts from $25,500. The XSE sedan and XLE crossover are around $28,000. We expect optional packages, such as the current Apex, for the new 2024 Toyota Corolla. In that case, the price of all versions getting it would be close to $30,000. One of the reasons why the PHEV is not offered is a huge price bump.