The 2024 Toyota Land Cruiser Prado will be an all-new SUV. The company is finally updating this vehicle, after 15 years of the current generation, which also brought a couple of facelifts. Besides the fresh look, outside and inside, the Prado is going to introduce a hybrid drivetrain, according to rumors. This type of engine will improve fuel economy. However, engineers don’t have the easy task to maintain superb performance at the same time.

Spy photos of the new model are quite old. So, Toyota plans the redesign for a while. Even the old spy shots didn’t unveil too much. Now we are waiting for the new ones to get an insight of what to expect. The 2024 Toyota Land Cruiser Prado will be available worldwide. In several markets, the carmaker rebranded this SUV to Lexus GX (USA, Canada), or Fortuner (Pacific Asia).

Old prototypes are telling that something is going on. Plus, the legendary Land Cruiser was updated recently. Expecting from a little brother to do the same is not illogical. Designers could use the same approach and design language to complete this project.

A complete overhaul is going to make the 2024 Toyota Land Cruiser Prado very attractive. It already is, as the Land Cruiser’s little brother. Although the SUV is going to use a similar approach to the styling solutions, the Prado is adding unique touches to make it more recognizable. Not only this nameplate but also other similar vehicles are going through the redesign process. Lexus LX is also old and it’s been a couple of years since US buyers expect a new generation. The same goes with the Fortuner, another truck-based SUV.

In its markets, the Land Cruiser Prado is considered a full-size SUV. But, its dimensions would put it in the mid-size class in the United States. One thing is sure – this is a premium vehicle. The SUV belongs to the luxury class and its price is slightly higher. Anyway, Toyota makes it up with advanced features and equipment. The new cabin will also get three rows of seats. The first row comes with heated seats, and upper trim levels also offer cooling. A larger infotainment screen and a better driver-aid system are the highlights of the interior redesign. For now, we can’t tell you more about the upcoming SUV. 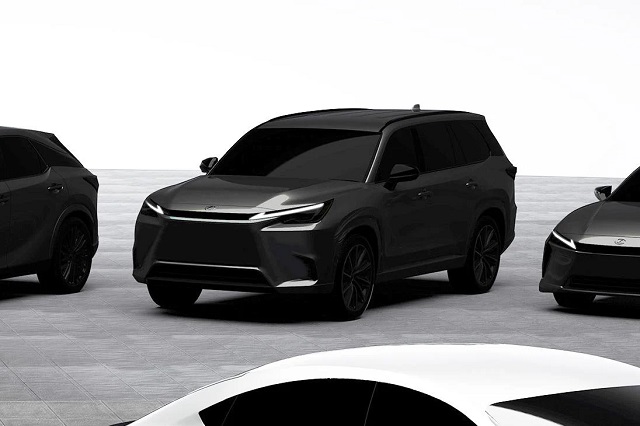 Toyota is not dropping diesel engines yet. Although oil burners are not coming to the US, such powertrains are way too popular in the rest of the world. The Prado SUV is one of the best examples. There is no way that company is going to discontinue the most reliable plant in the lineup – a 2.8-liter D-4D. Engineers might revisit it and add some extra power. The current outputs are 200 hp and 370 lb-ft. The SUV will also be capable to do some off-roading with the small, but potent engine.

There is also a petrol unit available in some regions. A 2.7-liter four-cylinder gas engine is well-known to US buyers as well. In the 2024 Toyota Land Cruiser Prado, it can deliver 165 hp and 161 lb-ft of twist. Not a bad alternative, but the company is working on further choices.

One of the highlights of the new model will be a hybrid system. But, the question is – what kind of a petrol engine is going to serve as the base for this configuration? The existing 2.7-liter mill might be a good choice. However, the 2024 Toyota Land Cruiser Prado Hybrid would be the first vehicle with such a combo. Previously, the SUV used a 4.0-liter V6, but this powerplant will be discontinued soon. A 3.5-liter V6 is also not an option for non-US markets. Matching a 2.5-liter petrol engine with an electric motor definitely seems like the best solution from this point of view. We also leave some room for a diesel-based hybrid setup.

The next-gen 2024 Land Cruiser Prado should be out soon. As we said, the company planned to deliver the fifth generation of the SUV earlier, but the pandemic spoiled the debut. Now, it is rescheduled and designers had extra time to fix everything for the premiere. In a few months, the new Prado will be out with the complete specs sheet. Expectations are always high for a luxury SUV.

We will also follow news about the Toyota Fortuner and Lexus GX, as the closest siblings to the Land Cruiser Prado. You can already find details about their redesigns. But, experts following those vehicles are also trying to find out what is going on with the Prado and find the connection with SUVs from their markets. Some of the main rivals will be Land Rover Defender, Jeep Grand Cherokee, and Nissan Patrol.