The most popular crossover in the US (and in most of the world) is coming unchanged. Still, the 2024 Toyota RAV4 is going to be as attractive as it was since the competition is trying to catch up. It won’t be easy, since the main strength of the vehicle is its versatility. You can buy the Rav4 with the standard engine, or a hybrid, and even the PHEV system. From there, buyers are also eligible to select a trim level. In some markets, the crossover is a seven-seater (there is no such version in the US). Finally, rumors about the Toyota RAV4 pickup truck are louder.

The list of pros is long, while there are no too many cons to present against the 2024 Toyota RAV4. The crossover is delivering more than 200 hp, which is above the class average. Although there is no TRD Pro version, you can still go off the road with the Rav4. The cargo area is pretty generous for the compact crossover and you can tow up to 3,500 pounds. Again, for this segment, this is above the average ratings. A cozy and stylish cabin is one of the final touches that will convince you to buy the Rav4. If that is not enough, then the resale value is definitely something that can make you try this Toyota’s crossover. 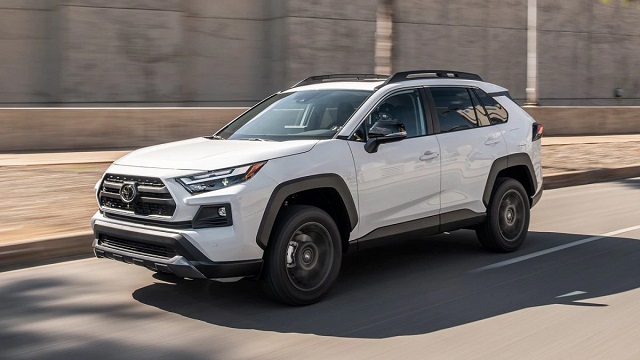 Some say that only one classic configuration is a downside of the 2024 Toyota RAV4. Well, we don’t think the company is going to add any other engine for the new season. So, a 2.5-liter four-banger serves again more than 200 horsepower and 185 lb-ft of torque. Front-wheel drive is standard and the crossover returns 30 mpg combined. This is already an excellent result, and a hybrid version comes up with stunning efficiency. But, we’ll talk about it later. The mileage can drop if you build up the Rav4 with all-wheel drive and high-end trim levels. The TRD Off-Road package is the thirstiest one, as expected.

Toyota is revolutionizing the automotive world with its hybrid engines. The compact crossover is the first one to breach into 40 mpg club. Now, there are a few others. Also, we must mention the Highlander SUV. For a long time, this was the only three-row model with a hybrid engine. When the competition started catching up, the Japanese company enhanced the system. Now, the SUV returns 35 mpg. But, let’s talk about its smaller brother. The Rav4 hybrid also gets more power thanks to the electric support.

The 2024 Toyota RAV4 Prime is a plug-in hybrid with exceptional gas mileage and power outputs. The vehicle maintains superb fuel economy, although the AWD is standard. The PHEV crossover returns 38 mpg. At the same time, the internal combustion engine and electric motors can produce 302 hp. Those batteries allow the Rav4 Prime to go up to 42 miles before recharging. All in all, some exceptional numbers by the compact crossover. 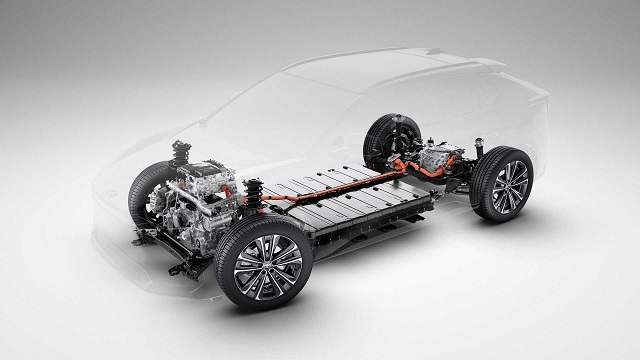 Lately, the compact truck segment is drawing more attention. Ford Maverick and Hyundai Santa Cruz started a new chapter in trucking and now it is Toyota’s turn to respond. The Rav4 pickup sounds like a great solution, having in mind all those numbers the crossover is delivering. Definitely, such a vehicle will be based on a small SUV and use agility for deliveries in urban areas. One of the existing engine configurations will be available for the truck. Of course, many revisits are necessary before the Rav4 pickup truck hits the market. But, Toyota can’t develop it too slowly. 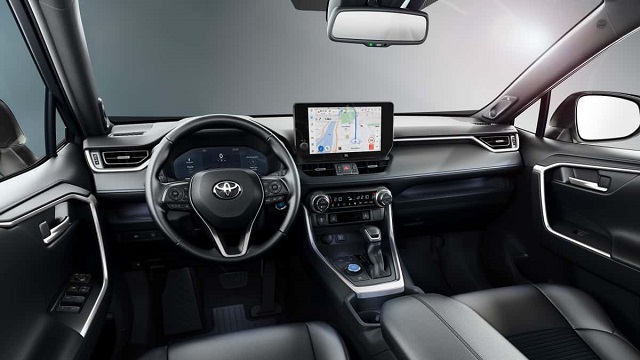 The arrival of the pickup truck is definitely the biggest thing we expect from the 2024 Toyota RAV4. But, the company is also updating prices and colors for the new crossover. There won’t be big changes, though. Most paintjobs, if not all, will be available again. Those are Magnetic Gray Metallic, Midnight Black Metallic, Ice Cap, Silver Sky Metallic And Ruby Flare Pearl. The last one is the only premium option (you need to pay for it) for the base version. Lunar Rock and Blueprint are added for higher trim levels, and some packages also offer the Ruby Flare Pearl as the premium color. TRD Pro also offers contrasting roof paint and Cavalry Blue as the unique option.

The price of the 2024 Toyota RAV4 will be $28,000 for the base version. You should also add the destination fee in most cases. The XLE will also be under $30k, and you must spend $31,000 for a hybrid engine. The TRD Off-Road is the most expensive configuration for the model with the standard engine. Limited edition is the top of the range trim for hybrid. The Rav4 Prime starts from $42,000 and there are only two trim levels available – SE and XSE. The truck should cost around $25,000 to be competitive in the compact pickup class.