The 2023 Toyota Tundra Trailhunter is a new concept that will underpin future trucks. The company added it to the site some while ago, and we were wondering what they are up to. At the SEMA show, we got some answers. The Trailhunter is a new grade for pickups that is about to enhance off-road capability and drive mechanics. Not only trucks but also SUVs are going to use the package.

From this point of view, it seems like the 2023 Toyota Tundra Trailhunter is a replacement for the TRD trim levels. The TRD Pro was the best off-road package for Tacoma and Tundra trucks. Also, the 4Runner was offered in this grade, and the most recent member of this exclusive lineup became Sequoia. So, most big rigs are available with the TRD badge. Since Toyota unveiled the Trailhunter’s nature, it is obvious that two similar packages can’t co-exist for too long. 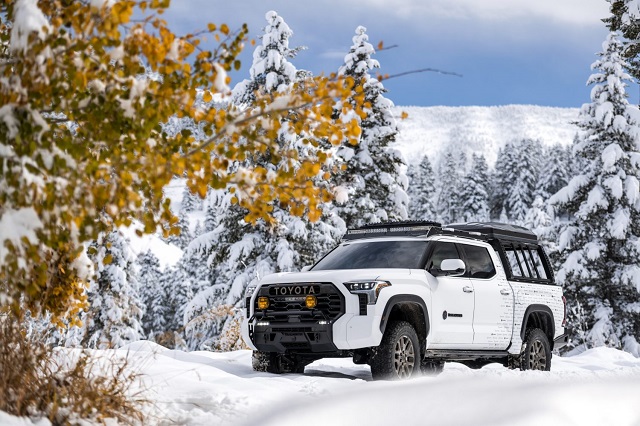 We can speak about the replacement, but those two grades can also be offered together. The Trailhunter is not the only off-road concept currently under development by the Japanese company. For example, the Tundra truck might be available with the Overlanding gear, also built for the Tacoma. Anyway, it is never boring with Toyota.

Details about the 2023 Toyota Tundra Trailhunter were not released. Fans don’t know what kind of suspension system and other upgrades the package is going to add. On the other hand, rumors about the revisit of the TRD Pro package are floating around for a while, although the company never spoke about it in public. This could be a sign off-road enthusiasts have been expecting.

Besides the 2023 Toyota Tundra Trailhunter, we could see a few other models as well. As said, the Overlanding concept was unveiled for the Tacoma truck last year, and now we also have the Tacozilla Camper. With small modifications, both packages could be available for the new Tundra. Well, in both cases, those are mostly custom upgrades for bed, which can provide a better adventure experience. Meanwhile, the Trailhunter enhances ride quality over comfort. It is an upgrade focused on the driving experience, while Camper and Overlanding are mostly gadgets. 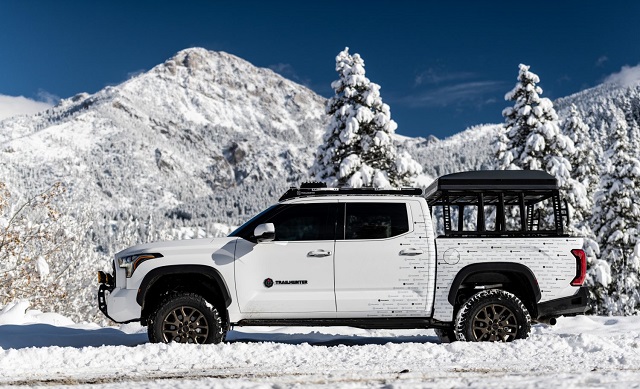 The 2023 Toyota Tundra Trailhunter is going to use both I Force configurations of the standard truck. The base setup is producing 389 horsepower and 479 lb-ft of torque. Toyota continues with changes on the truck after replacing an old V8 unit. This one is a 3.4-liter turbocharged V6. A 10-speed transmission will send power to all wheels on the Trailhunter grade. Other trims will also offer 2WD. The I Force Max enhances outputs to 437 hp and 583 lb-ft. The Japanese carmaker is making statements with this kind of power. Also, this is one of the rare hybrid setups available for trucks in the US. So, it makes the 2023 Tundra Trailhunter even more interesting. 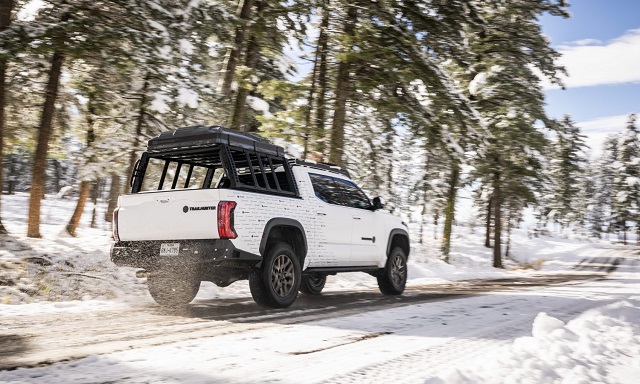 The company didn’t unveil details about the new grade. However, we’ve learned at least something about the Trailhunter badge. The price of the truck will depend on the systems it uses and features it gets. But, this should be an upgrade compared to the TRD and TRD Pro. So, the price tag of the new off-road truck could be around $75,000 before adding extras. With the I Force Max and high-end accessories, expect the MSRP to climb up to $90,000. Well, at this rate, you can consider buying Ram 1500 TRX with 700 hp. Also, the new Raptor R for the Ford F-150 is coming with similar numbers.