You probably heard the news about the Avalon discontinuation. It is replaced with the Toyota Crown, a nameplate not too many fans can remember since it was available in the US more than 50 years ago. Anyway, the 2024 Toyota Avalon will still be produced, but as a full-size luxury car for the Chinese market. After the discontinuation in the United States, the company updated the vehicle and brought some novelties. However, the Avalon went through a small facelift, remaining pretty much the same as before.

Crown is a good replacement for the 2024 Toyota Avalon. Still, the new vehicle will be more expensive. Although those are the cars from the same segment, fans will miss an old nameplate. But, the replacement is a radical, but legit move. Sales were dropping. Back in 2012, when the previous generation of the car debuted, it caused increased interest in Avalon. In 2018, the new generation came out, but in the era of crossovers and SUVs, it didn’t draw too much of attention. After six years of struggling, Toyota decided to make a bold move and replace the Avalon with the Crown. We’ll see if the new car can steal the hearts of drivers that find the versatility of crossovers much more useful and practical. 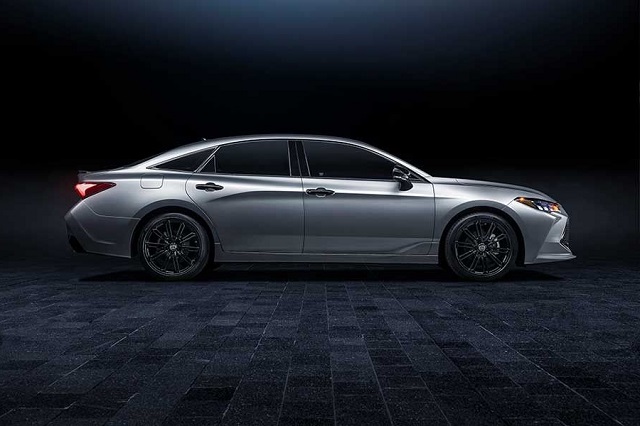 So, the 2024 Toyota Avalon will be available only in the Chinese market. Most other countries offer the Camry as the largest car in the family. But, the full-size sedan adds even more space inside the cockpit. For the new edition, the company revisited the exterior and interior. Still, the overall look is pretty much the same. Buyers in China will spot redesigned lights, front and rear, as well as a few other details. Even the trim levels are the same. There are five of them: Progressive, Deluxe, XLE, Touring and Limited. Of course, a few fresh colors will be there to make the new vehicle more appealing and different from its predecessors.

Under the hood of the Chinese version of the 2024 Toyota Avalon is a 2.5-liter four-cylinder engine. It is the base configuration that can crack 200 horsepower and 180 lb-ft of torque. This is a very economical powertrain, but Avalon is a full-size car, so the gas mileage is not as good as for some other vehicles that use the same unit. But, if you are looking for savings in this segment, then a hybrid based on the same petrol engine is the best choice. It boosts power and fuel economy. The new version might be enhanced. Even without improvements, the consumption drops to 6 l/100 km on average.

The plug-in hybrid variant might keep it at the same level. On the other hand, the PHEV system enhances power outputs. If the new Avalon gets this configuration, it will deliver 300 hp, which is the same as the 3.5-liter V6 mill that was available in the US. 8-speed automatic transmission is sending power to the wheels. The eCVT is a gearbox for the hybrid engine. 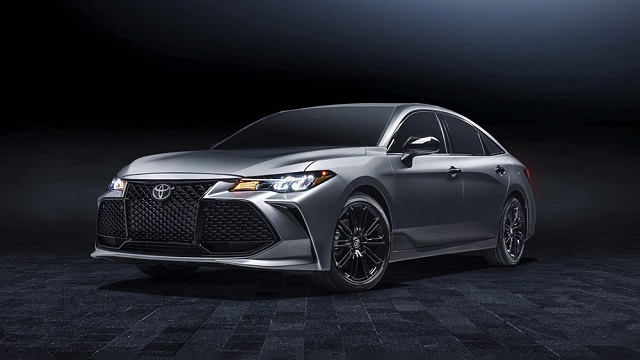 Toyota decided not to update the Avalon, but to bring a whole new car. The Crown is a replacement that will cost just under $40k in the base form. At least it comes with an AWD as a standard option. Anyway, you are also getting a fresh-looking vehicle, with a lot of improvements. Toyota Crown looks sportier than Avalon. A sloped roof cut down some of the headroom in the back. On the other hand, access is easier than before.

Under the bonnet is a new system. The full-size sedan is now using a 2.5-liter hybrid engine with 235 hp and 42 mpg combined. A couple of electric motors are also supporting AWD. For the top trim, Platinum, Toyota deployed a new hybrid setup centered around a 2.4-liter turbo-four engine. The total power output is 340 horsepower, the fuel economy is not bad at all at 30 mpg, and again, AWD is standard. However, this version will cost $13,000 more than the base one. It also comes in the Platinum grade, loaded with advanced technology and features.

Since the new model is introduced, the return of the 2024 Toyota Avalon to the US market is not so likely. Plus, other companies are giving up on sedans, using facilities, manpower and funds to build more SUVs and crossovers. Also, trucks sell pretty well, so it is risky to invest into a dying class. Ever since 2012, when the fourth generation drew attention, sales were dropping. Expectations from the Toyota Crown are not too big, since you can’t expect buyers to switch from versatile crossovers and SUVs to one-dimensional cars. Also, the price is not too attractive. Still, a new hybrid engine can make a statement.