If you are a fan of supercars, you are going to love the upcoming 2023 Lexus LFA. This is just one of the pieces of Toyota’s, which is a parent company, plan to electrify its whole fleet. There was a supercar showing this year that was called Electrified Sport. This prototype will serve as next-generation LFA, but won’t have a traditional internal combustion engine. Instead of a mighty V10, it will have an electric powertrain. This is an amazing improvement considering it will have a range better than most everyday EVs and great sports performance.

The Lexus LFA is considered among the best Japanese supercars ever made. That is not a small feat as there are many manufacturers that dabbled in this category. We would obviously see an improved interior as the previous version is many years removed. And a lot of things have changed, including styling and technology. We suspect it will look similar on the outside to its predecessors. Of course, different materials were used and improved characteristics to further upgrade supercars’ performance. But the most important feature of the new LFA will most definitely be the electric powertrain. Let’s take a look at what the new Lexus LFA will be like. 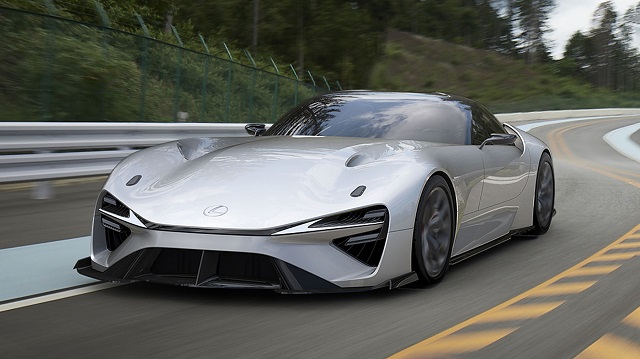 The interior of the 2023 Lexus LFA needs to be updated compared to the original concept. The last generation of this supercar was released a decade ago. That is too long when style and technology are concerned. This means we should get improved seating. Racing seats are a must, of course, this is a supercar before everything else. But this needs to be done with style and some prime materials. For example leather with contrast stitching. Also heating and ventilating seats are standard, and as this is a Lexus, we might expect massaging feature as well.

A central infotainment system is probable, hopefully at least 10 inches, no need for a bigger one as this is a sports car, not a big SUV. The dashboard is expected to be digital as well. Heads up display is standard on most Lexus vehicles. Hands-free driving is not likely to happen. This software allows drivers to relax behind the wheel and enjoy while the computer takes them down pre-mapped roads. If you are buying a supercar you are doing that with the intention of driving it. Hands-free driving would defeat that purpose.

The outside of the might 2023 Lexus LFA will bring back the supercar hype. It will most likely resemble its predecessor with design and sharpness. It will have a low ride height and some prominent bumpers. But overall, the body design should be aerodynamic and ergonomic. This needs to translate well to the road and how well you can steer and control the car. The hood has a sporty look to it for better aerodynamics. Headlights on the rendering pictures are thin and have the latest LED technology. It will be interesting to see how the LFA rolls off the production track. 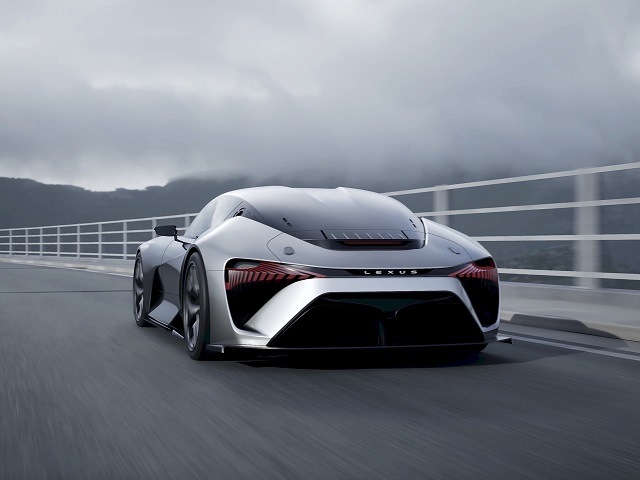 The upcoming 2023 Lexus LFA is the equivalent of the Electrified Sport idea. They are forgoing the big and thirsty V10 and going forward with a different powertrain. Supercars are all about performance, you want it to be fast and you want to drive well. So Lexus delivered as we expected. First of all, the LFA will feature steer-by-wire technology. This means that the only way the steering wheel is connected to the wheels is a wire. This results in better response time and better steering overall.

The LFA will feature a twin-turbo 4.0-liter V8. This is also turbocharged and has a PHEV hybrid system. When they put their power together, the whole system produces 937 horsepower. Now, this is amazing. Take into consideration that supercars are made light on purpose, this greatly helps with power to weight ratio. The top speed is not known at the moment as there weren’t any tests happened.

But rumors are circulating that the zero to sixty time is in the two-second range. There are some indicators as well, that a fully electric LFA is in the works. With a battery pack big enough to match this type of power. The range would also be above 450 miles on a single charge, which is impressive by itself. The engine will be ahead of the drive but behind the front axle for better balance. With supercars, every little detail matters and that is why everything has to be precise.

The position of the engine allows the car to be launched and operated entirely on electricity even before the petrol engine engages. Which would produce the majority of the total amount of power. There is a 10-speed automatic transmission paired with this engine. We are expecting many other improvements by Lexus with their new LFA. But so far, a lot of it is still a mystery and we can’t know for sure before the final product hits the road. 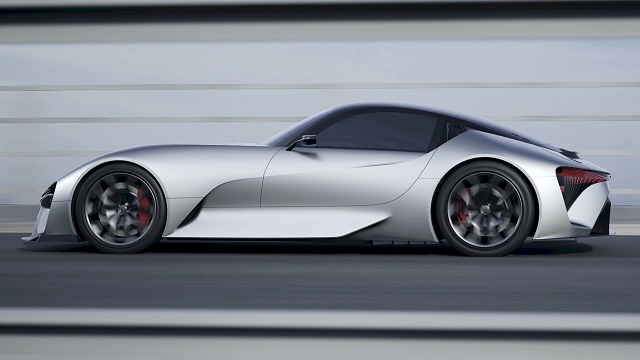 The 2023 Lexus LFA is still in the planning phase. There are a lot of quirks to fix and we can’t know the specifications of fuel economy. The previous generation of LFA could get 13 mpg of combined driving. This is due to the big engine it previously sported. With hybrid technology and advancements in engineering, we can expect the MPG number to go up by a lot.

We still don’t know the exact date when the new Lexus LFA will hit the road. All we have gotten so far are mockups and promises. But we believe the wait will be worthwhile. The price is a mystery as well for now. But considering it is a supercar and it’s made by Lexus, we can assume the price tag will be hefty. Before the LFA enters production, there are a few other priorities, such as the new TX SUV. Also, the Lexus LM 350 van could hit the US dealerships in 2023.