Many fans will disagree, but the 2024 Toyota 4Runner Hybrid is something that will draw attention to the brand. The SUV is one of the most capable off-road rides. Definitely, the most popular with the Jeep Wrangler. Although it wasn’t changed in a while, the sales are not slowing down. Fans say – why to change something that works perfectly? So, the news about the hybrid drivetrain causes a lot of discussions. The main question is – will it be capable of off-roading?

Well, this is the most important thing about the SUV. According to multiple reports, the 4Runner is finally ready for the 6th generation. Sources claim it will debut as the 2024 YM. Fresh styling, option and colors are coming. Also, Toyota is preparing a new version of the TRD packages, including the TRD Pro. Fans are already worried that the SUV can be tunable as before and the 2024 Toyota 4Runner Hybrid is bringing even more concerns.

One thing is sure – the Japanese carmaker is hybridizing everything. They are leaders in this segment and for now, they never failed. Just look at the impact of Rav4 and Highlander with hybrid systems. But, let’s see first how the public is accepting the Tundra truck with the I Force Max hybrid configuration. Some changes under the hood of the 4Runner are certain. But, the hybrid engine is a big gamble. 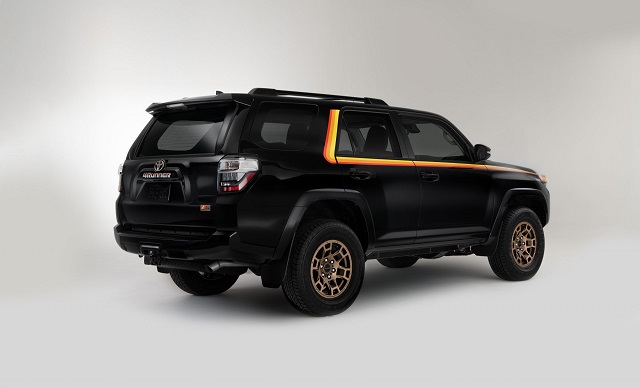 Under the hood of the current version of the 4Runner is a big V6 engine. Toyota is downsizing powertrain all across the lineup. So, we saw the Highlander dropping a V6 and getting a hybrid four-cylinder unit. Engineers are sacrificing power to get better gas mileage. Fans of the 4Runner are not complaining about the consumption, although a V6 unit is very thirsty. It can be annoying getting to the station so frequently. The 2024 Toyota 4Runner Hybrid is about to fix that.

Well, the latest example shows it is possible to boost both hp and mpg. Tundra truckgot the I Force Max. Some say that MHEV could be there for the 2024 Toyota 4Runner Hybrid. Not a bad idea. If that happens, the SUV will get a huge power boost. Expect the outputs around 350 and 400 hp. Also, the gas mileage will be above 20 mpg. Nevertheless, the question still stands – can the hybrid system perform like a petrol setup?

The hybrid configuration for the Tundra truck and Lexus LX is combining a petrol engine, turbochargers, 10-speed transmission and an electric battery. This is an advanced technology that improves the performance of vehicles using it. But, for the 2024 Toyota 4Runner Hybrid, 440 hp and 580 lb-ft are too much. Some lighter variants might be available. Even the bare 3.4-liter V6 (turbocharged) might be interesting to see on the SUV. However, that is not a hybrid setup. At this moment, it is really hard to predict what kind of a system the 4Runner might use. But, Toyota won’t gamble too much. If the powertrain is not ready to beat the performance of the current version, then they will postpone the debut. 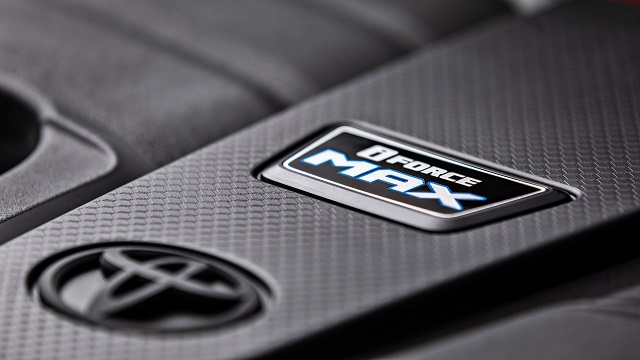 The SUV is well-known for its mods for better off-roading. But, even the factory parts can be very impressive. The TRD Pro package debuted in 2015 for this SUV and two trucks Toyota is building for the US market. But, ever since we didn’t see new parts. Customization can be expensive. However, when you get a unique vehicle, outside and inside, your investment will get a sense.

Anyway, the carmaker needs to update the 4Runner TRD Pro, and package for other vehicles. Now Sequoia is another member of the lineup. The focus is on the performance, though. So, high-end suspension, special brakes, wheels, dampings, and parts that will protect the body are coming back. Then, another dose of upgrades should make the appearance more aggressive, such as bull bars, or roof lights. 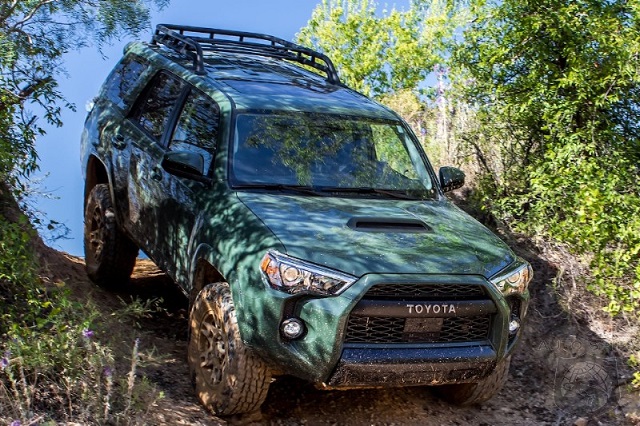 When Will 2024 Toyota 4Runner Hybrid Be Available?

The 2024 Toyota 4Runner Hybrid is still a mystery. It would be a logical move since all other crossovers and SUVs are getting such engines. But, on the other hand, no other vehicle is so focused on performance. Another reason why we believe that 4Runner Hybrid is going to happen is the Wrangler 4xe. The PHEV system also enhances performance, on and off the road. So, the Japanese carmaker needs to catch up with the biggest rival, as soon as possible. So, the hybrid engine might be even a priority over the new generation of the SUV.

Standard configuration will remain available, which should keep the price not too far away from the current level. A hybrid system that can match the performance of the classic setup won’t be cheap. Expect the MSRP to be at least $10,000 higher. If Toyota goes out with the PHEV system, then the upgrade could be even more expensive.