The 2024 Toyota bZ4X is an electric crossover with a starting price of $43,500. The new vehicle is ready to continue its evolution. Toyota is a leader in the hybrid segment, and almost all vehicles offer one of these systems already. Plus, there are plug-in models with some electric range. Now, the bZ4X starts the next chapter. By 2030, the entire fleet should be electrified.

Even now, we can hear rumors about the next steps. The bZ3X and bZ5X are smaller and larger versions of the 2024 Toyota bZ4X. Well, it is the easiest way to make speculations without official statements from the company. Definitely, the Japanese company won’t stop there. We can find more EV concepts, such as LFR Supercar, Tacoma EV, or Lexus RZ450e electric crossover SUV. 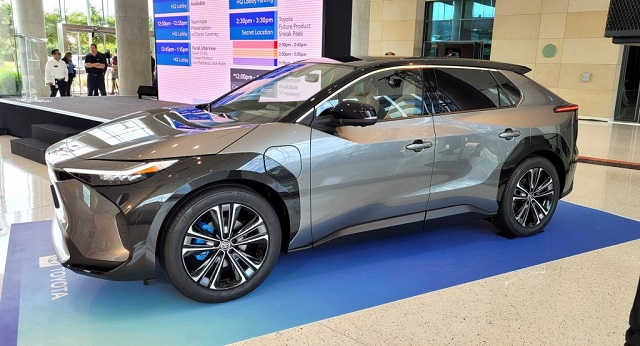 The electric battery of the 2024 Toyota bZ4X can be found under the seats. According to the initial plan, the powertrain will be ready to deliver 201 horsepower. It is a single-motor configuration that will send power to the front axle. There is a few other similar EVs available in the market.

Toyota also announced a two-motor setup. Each battery sends power to two axles and we are getting AWD. Experts believe that the Direct4 system will be available for all-electric vehicles in the lineup. Additional motor enhances total outputs that reach 215 hp. Nevertheless, compared to some rivals, this is way under the average (VW ID4 gets you 295 hp and Hyundai Ioniq 320 hp).

The 2024 Toyota bZ4X is a step ahead all other electric concepts the Japanese company recently introduced. You can find all of them HERE. The bZ4X prototypes are already being available for testing. Experts from well-known magazines are reporting that the acceleration is not so great. Well, no one expects spectacular performance from a system that delivers 205-215 hp. Also, Toyota is not trying to compete with Tesla. Dual-motor setup stops the clock at 6.4 seconds. Toyota is well-known for the off-road capabilities of their vehicles. So, running across bumps with the bZ4X test mule is very smooth.

Public will need more impressions before making any precise statement. Those first tests are usually sponsored. For example, there were big expectations from Rivian and its electric SUV and truck. But, the prototypes never lived, although the performances at such tests are still remarkable. So, let’s wait for the production to see how the 2024 Toyota bZ4X works and offers.

So, two kinds of electric systems are already confirmed. The EV could add another one, as the high-performance model. Still, a 63.4-kWh battery is a base for a single-motor crossover. The company said that range will be between 242 and 252 miles, depending on the package you select. A 65.5-kWh battery joins the first one on the dual-motor setup. Also, the AWD is there, but the range is not getting a boost. This one covers only 222-228 miles, again, depending on the trim level and equipment.

On those tests, the performance of the 2024 Toyota bZ4X was not so impressive. The vehicle uses a lot of power. But, recharge time can be dropped under an hour with the fast DC charger. Still, the system you will use at home is Level 2 with a 6.6-kW rate, and it takes 9 hours for a complete recharge. 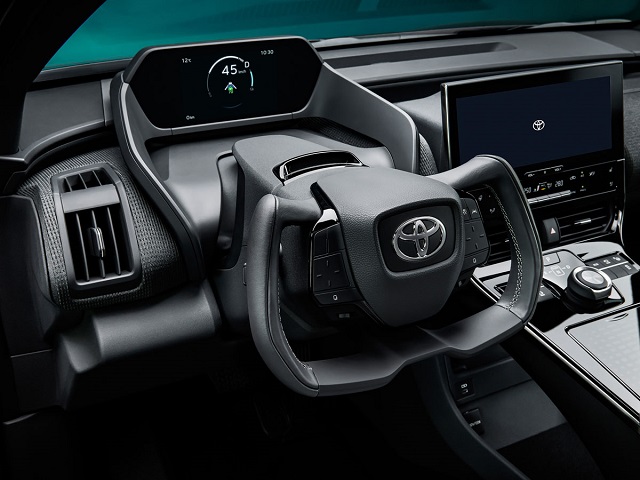 The single-motor bZ4X will be available in two trim levels. The base one is XLE and the price starts from $43,500. If you want to upgrade the ride, it will probably cost you $5,000 to get the Limited grade. Of course, other familiar Toyota trim levels are possible. There are no doubts that a dual-motor version is about to bring high-end options and grades. But, its price will go up as well.