A mid-cycle refresh of the mid-size SUV is expected in 2024 or 2025. The new model came out without key changes. The current version dates from 2019 when the fourth generation of the vehicle was launched. The 2024 Toyota Highlander should be updated. Or, the company might postpone it for the following edition. That depends on the development and launch date plans for the 4Runner and Sequoia, which should hit new generations.

So, the main question is – when will Toyota redesign the Highlander? Soon, that is for sure. After five years, the SUV needs something new to keep buyers interested. Nevertheless, this is one of the most efficient vehicles in the class thanks to a hybrid engine. No other mid-size SUV can compete with the gas mileage the Highlander is ready to offer. 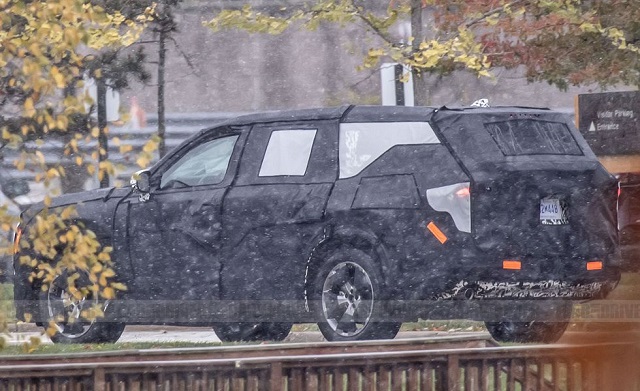 2024 Toyota Highlander: Under the Hood

For now, the company is not changing proven drivetrains for the 2024 Toyota Highlander. The SUV introduced a hybrid engine based on a four-cylinder plant. That decreased the power outputs, but the gas mileage is stunning, even for some smaller vehicles. The Highlander is a revolutionary SUV. First, it was the only three-row model with a hybrid drivetrain. Now, it is one of the rare such vehicles with more than 30 mpg. In a matter of fact, it can do 35 miles per gallon. You also get 245 hp, which is a bit underachieving result.

Well, if you are not a fan of hybrid engines and want extra power, a traditional setup involves a 3.5-liter V6 powertrain and an 8-speed automatic transmission. Front-wheel drive is standard and you can also select an all-wheel drive system. The unit produces 295 horsepower and 263 lb-ft of torque. Also, this setup is better for towing with a maximum capacity of 5,000 pounds. The fuel economy is at a very good level. The 2024 Toyota Highlander returns 25 mpg with a V6 FWD, or 23 mpg if you pick AWD.

Finally, we must mention a plug-in hybrid. This one is not official yet, but there are a few vehicles already using the PHEV system. For example, Rav4 can deliver 302 hp and that would be more than enough even for the Highlander. Also, you can drive the vehicle by using only an electric battery. Well, a large SUV won’t be able to go 42 miles as the compact crossover due to increased weight and size. 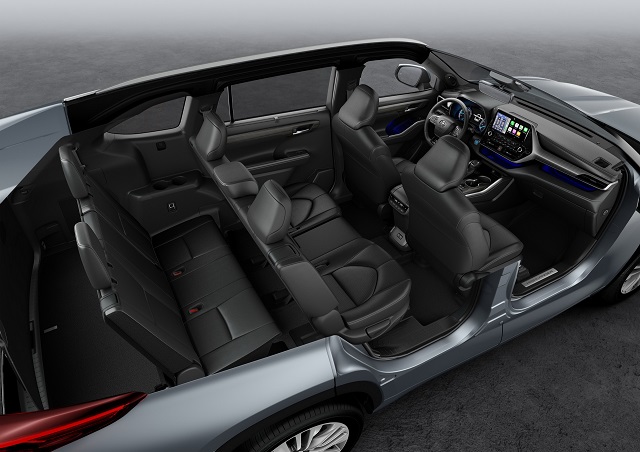 When will Toyota redesign the Highlander?

We are getting back to the main question. The SUV is not new anymore. The company updated the look and interior in 2019. Also, a hybrid system centered around a four-cylinder engine replaced an old one. Fans started asking about the mid-cycle refresh, which is normal after five years. The redesign will likely happen on the 2025 YM. In next couple of years, Toyota’s focus is on the full-size Sequoia and 4Runner off-road SUV. Those are priorities, since SUVs are more than 10 years old. However, Highlander is the best-selling mid-size three-row model, so it does need a special treatment.

The company threw only a teaser photo and let us think about the new 2024 Toyota Grand Highlander. Well, the name suggests it will be an extended version of the current vehicle. It might happen when the SUV is redesigned, or even earlier, as a preview of the refreshed vehicle. There will be more room for passengers and the Grand Highlander is definitely a three-row model. It could also lead to the standard Highlander becoming a two-row SUV only. The debut of the new version is set for February at the Chicago Auto Show. From the teaser image we can also conclude a hybrid engine will power the Grand Highlander. The guess is – 340-hp rated configuration also available for the new Toyota Crown. 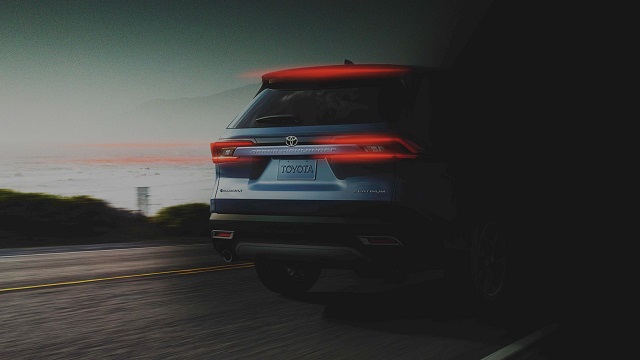 Model for the 2023 season is out. That will give more room for engineers and designers to tune the new Grand Highlander. The release date of the 2024 Toyota Highlander will depend on the level of changes it is about to introduce. If the SUV goes through a mid-cycle refresh, we will wait a bit longer. But, it will be probably happen during 2024 for the 2025 YM. So, if you want an all-new Highlander, it might be better to wait for the redesign or to try out the new Grand Highlander.

The price of the SUV stays around $38,000 for the base offer. Most other trim levels are between $40,000 and $50,000. The only model that breaks this bond is Platinum. Heavily loaded, it can cost $60k. A hybrid engine increases prices and delivers some unique configurations, such as Bronze Edition. You will have to pay $3,000 more to get the hybrid drivetrain, but this investment pays off very quickly with improved gas mileage.