The redesign and the new generation revived the interest in the Sienna minivan. We expected even more options and features, but the company left some things for the mid-cycle update. And the date has arrived with the 2024 Toyota Sienna Hybrid on the horizon. The minivan is already offering an efficient system, but engineers are ready to upgrade it to the PHEV setup. The first rumors are here and we will analyze them.

The fourth generation of the minivan brought changes under the hood. This market is not too big, but still exists. Besides the 2024 Toyota Sienna Hybrid, you will also find the Chrysler Pacifica with a hybrid configuration. There are no too many other vans available even with the classic engine without electric support. 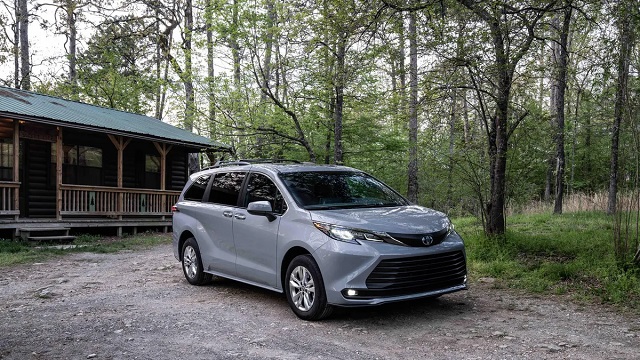 Under the hood of the 2024 Toyota Sienna Hybrid is a combo of a 2.5-liter turbo-four engine and an electric motor. Besides the van, the Highlander SUV also uses this system which makes it one of the most efficient models in its class. We can say the same for the Sienna. The drivetrain delivers 245 horsepower, which is a drop from the predecessor. A V6 could make more power, but it also consumed more fuel. The Sienna Hybrid skyrockets the return to 36 mpg combined. Standard configuration includes a front-wheel drive, while the all-wheel drive remains optional. The engine sends power to axles through a CVT.

The new version of the minivan is going to feature the plug-in hybrid system. The same petrol engine is under the hood, but more potent batteries are supporting the powerplant. So, the outputs can get to 300 horsepower, which can fix one of the biggest downsides of the 2024 Toyota Sienna Hybrid – its underachieving power output. On other vehicles, such as the Rav4 crossover, the PHEV keeps excellent mileage. But, the minivan is heavier and bigger. Having all the factors in mind, we expect the Sienna plug-in hybrid to around 30 mpg. Besides the improved drivetrain, the PHEV package will include advanced options and a higher trim level. 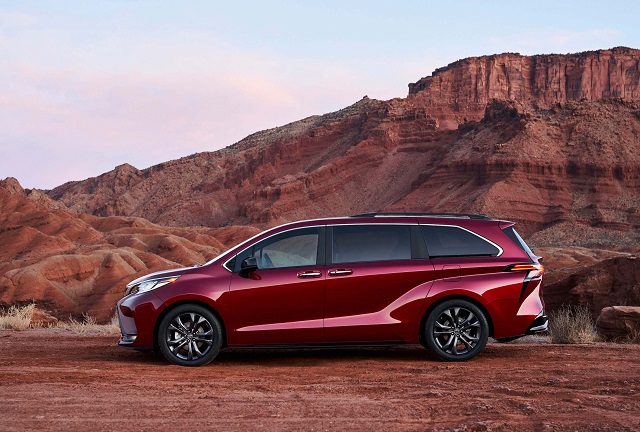 The van can seat eight passengers by default, while the seating capacity drops to 7 at higher trim levels and optionally for the base package. The LE is the entry-level model with LED headlights, 3-zone climate control, 7 USB ports, a 9-inch screen, and six-speaker audio. An optional upgrade is the LE Plus bundle. Features you get with this one are black roof rails, a sunroof, a wireless charger, and an 8-speaker sound.

The Sienna XLE brings more serious equipment, such as a push-button start, a power liftgate, another zone for climate, a sunroof is standard, and simulated leather wraps seats. Not only the driver’s seat, but also the passenger bucket is power-adjustable. The front row comes with heating. The XLE Plus is also available with JBL audio system, navigation, and black roof rails.

The XSE focuses more on the exterior and more aggressive styling. The mesh grille is the first thing you’ll spot, and the interior is more comfortable. The Woodland Edition is a limited-time offer, and we don’t think it comes back for the 2024 Toyota Sienna Hybrid. Limited Package is a high-end choice with a price tag around $50,000. Some of the above-mentioned optional accessories are standard here, such as a wireless charger, JBL audio, or navigation. Then, the Sienna Limited offers ventilated front seats, leather upholstery, and sunshades at the third row.

The 2024 Toyota Sienna Hybrid Platinum is the most packed version of the van. Stuff you get above the Limited package are rain-sensing wipers, a 360-degree camera, a heated second row, and premium leather upholstery. 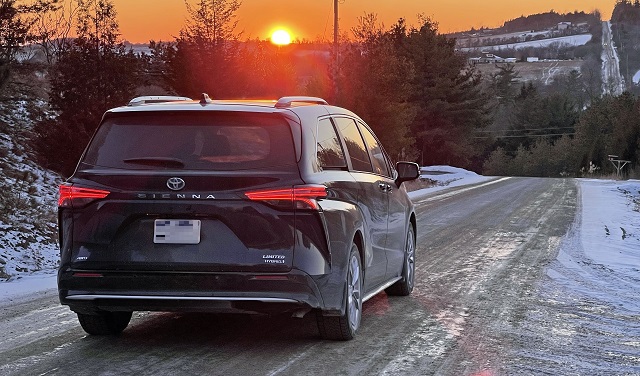 Sienna is not offering standard drivetrain configuration. So, that limits the competition only to the Chrysler Pacifica. But, this minivan also uses a V6 power. Other vans you can pick are Honda Odyssey, Kia Carnival, or Dodge Grand Caravan. Soon, the Japanese company could introduce the premium Lexus LM van.

The base price for the 2024 Toyota Sienna Hybrid is $36,000. The XLE model adds $5,000 and you can select either 7- or 8-passenger layout without extra charge. The XSE is just under $45,000, while Limited and Platinum are above $50k. We’ll see what happens with the price when the PHEV model hits the market. On some other vehicles, this upgrade costs around $7,000. Buyers mostly pick the XLE version.