Some cars lose their value, but not the famous Toyota AE86. This legend of a vehicle that was produced between 1984 and 1987 by a Japanese manufacturer. The car didn’t look too different from others from its era. It had a blocky look and was a two-door coupe, which sounds like any car basically. It had good steering which was quite responsive, this made it excellent for the windy and twirly roads of the country. Japan is a mountainous country, so having a fast small car that handles well was a godsend.

This was also one of the reasons the AE86 became so popular with racers. It had amazing drift capabilities, well it was dubbed the Drift King. This car is so coveted and rare, that it goes for around $15000. That is if you can actually find one in drivable condition. It has the most obvious successor in the form of a GR86, but it didn’t catch on as much as the AE86. The so-called Hachiroku, which means eighty-six in Japanese, was a regular car by all means, but it was quite special. It had a tremendous impact on automotive sports culture and the car industry itself. 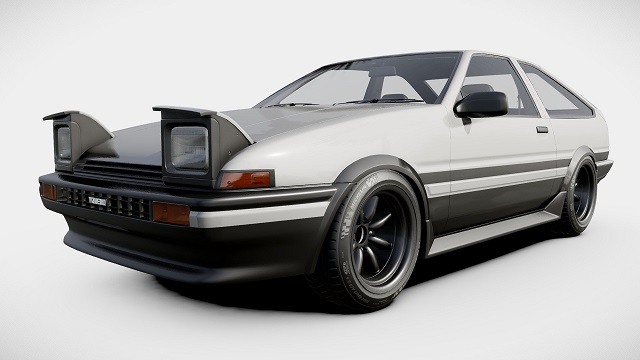 How It All Began

In 1983, Toyota unveiled the 5th installment of the Levin Trueno sports Corolla AE86. Toyota’s engineers sought to carry on the Levin Trueno’s tradition of being an engine in the front and sending power to the back wheels platforms even though the Corolla series had converted to front-wheel drive at the time. Rear-wheel drive has gradually been phased out of Toyota’s more affordable vehicles, including the Corolla. They did this to counter Honda’s entry into the front-wheel drive car market.

Toyota started working on a new engine. Despite competitors converting to front-wheel drive, the AE86’s planning director lobbied for RWD. The engineers desired an automobile that was able to line up and prevail at the Tsukuba track at that point in time, but they had another idea.  They quickly created the Corolla AE86, also known as the Hachi-Roku. It was able to win the national Japanese rallies, demonstrating that it was a remarkable vehicle both on the paved road and off it. The vehicle stayed well-liked as the preferred vehicle for rallying, drifting, and long-tour racing

One of the best automobiles to have come out of the 1980s is the Toyota Corolla AE86, which will be marked down in history. The vehicle had a flawless chassis, rear-wheel drive, a 1.6-liter naturally aspirated four-cylinder engine, and a five-speed manual transmission. For any automobile aficionado, the AE86 is unquestionably a fun vehicle. The car has a 1600 cc twin-cam four-pot engine under the hood that produces 125 horsepower and a ridiculous amount of torque. Which does come in handy when drifting is in question.

The AE86 still has a pleasant driving sensation after 30 years. The car is special because it is compact, agile, and light (1,986 lbs.). The car may not seem remarkable in comparison to modern vehicles, but given that it was created in the 1980s, it delivers far more than its competitors.  Automobile lovers will enjoy the characteristic mechanical scratching sound that the engine emits. Every gearhead should be aware that Toyota never created the AE86 with speed as their main goal. Toyota advertised the vehicle as aiming for simplicity and enjoyable driving, and they most surely succeeded when the AE86 was released.

At a certain point in time, Toyota decided to stay away from unprofitable and inefficient sports cars. They were aiming for a number one spot when it comes to car sales. And they believed that everyday cars and minivans were the way to go. Sports cars simply didn’t make a huge profit, so manufacturers didn’t enjoy producing them. Until 2007 when Toyota decided to think again about that agenda. The next generation of Hachiroku was a result of a single meeting. People’s interest in cars was in decline and the Japanese manufacturer thought they could rekindle that interest with a brand-new sports car. A man they deemed perfect for the job was called Tetsuya Tada, also known as mister Hachiroku.

Tada was the ideal person to work with on creating a no-nonsense, entertaining to drive sports vehicle that was also reasonably priced because of his familiarity with the AE86 phenomenon. His uninteresting labors on simple, economical mass-production ventures like the Raum eventually had significant rewards. Tada, himself said that working on mass-produced cars taught him how to make better sports cars that will meet the investment and return ideas of manufacturers.

Fresh Design Lead to the Stardom

The new 86 was a huge success, but it did have some major road bumps since its conception. Toyota even had to join forces with its rival, Subaru. The viability from a cost and manufacturing aspect finally made sense and led to the project’s approval by utilizing Subaru’s engine technology and extra production capacity. The idea in the company was that horsepower and top speed are the most important numbers for a sports car. But Tada disagreed with that, mainly because AE86 was more than just big numbers.

Ultimately, his design had to be enjoyable to drive while yet adhering to industry emissions and safety norms as well as production cost constraints. That required utilizing multiple parts from currently in-use Toyota platforms and convincing Subaru support. They even had to show their most advanced engine technology to direct competition. Who strangely didn’t want anything to do with it. But after a lot of back and forth, the two companies managed to come to the same page. The result was an amazing prototype engine with 190 horsepower. This did make both teams happy. This was the birth of GT86. 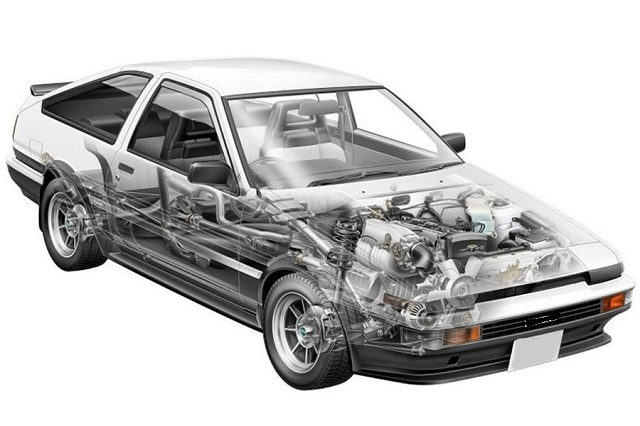 Will Toyota Build Again the AE86?

The continuation of the AE86 legacy was a desire of a single man to continue the fame that Hachiroku had. He managed to revive the famed sports car with amazing results. The vehicle was perfectly balanced and had a naturally aspirated powertrain. Rear-wheel drive was magnificent. There is ample evidence to suggest that Tada’s 86 vision required considerable nudging. But, it worked out quite well for individuals who enjoyed the 86’s sensibly alluring features and performance. Overall, learning more about the inner workings of the AE86 from its conception to its resuscitation with the GT-86 project and its consummation with the 2022 GR86 provides some fascinating insights into the enormous influence a single-car model has had on the auto and entertainment industries.